Families enjoyed a weekend of wonderful entertainment including an open-air cinema screening of top movies at Sidcup’s big summer party.

Now in its second year, Sidcup Fringe Festival 2018 in association with Merton Court Prep School, took place over the weekend of June 16 and 17, with dads able to pull up a seat at the movies for free on Father’s Day.

Sunday’s Family Fun Day on The Green had a fantastic programme of live music and displays by performing arts schools as well as community stalls, stilt walkers and face-painters for the children.

New this year was a giant outdoor cinema screen showing three classic comedy films (free for dad for fathers day) –Trolls, Mrs Doubtfire and Back to the Future.

Dominic Price, Headmaster of Merton Court Prep School, the headline sponsor of the 2018 Sidcup Fringe Festival, said: “What a great weekend to cheer people up and brighten their day – Charlie Chaplin certainly did that for me, as did Mrs Doubtfire!

“It was lovely to see this community event succeed, thanks to the hard work of those involved and now that local people have sampled what Sidcup Fringe is like, we do hope more community groups come forward, particularly on the Sunday (the Father’s Day Film Day) with contributions and ideas so that we may look forward to an even bigger and better event next year.”

Sue Petty, Chairman of Sidcup Partners Ltd BID, which staged the festival, added: “The big screen came to Sidcup on Sunday and was a resounding success. We received very positive visitor feedback such as ‘fabulous Father’s Day celebration watching Trolls in comfy deckchairs with cushions’ and ‘bringing the community together and seeing positive family activities in Sidcup’.

“We will soon be starting on next year’s Fringe event as we hope it will become a regular feature in our calendar of events and will grow year on year.”

Visitors were treated to street food from around the globe, delicious cakes and baked goodies, as well as a pop-up bar run by Liz and Mark Twort, of Sidcup’s Hackney Carriage Micropub.

Liz said they were delighted to be part of the festival for the second year and they could see the event “growing bigger and bigger”.

She added: “What more could you ask for on Father’s Day – the kids can watch a film and burn off energy while Dad enjoys a pint.”

Acts included singer Rob Doherty, Dave Sears and The Folk Thing and Sonny & the Harp as well as All The Arts Theatre School and Luminous Dance Academy.

Owner and principal Hayley Bromhead of Luminous Dance Academy said for some of the dancers, who ranged in age from three to nine, the festival had been their first public performance and they had been thrilled to be there. 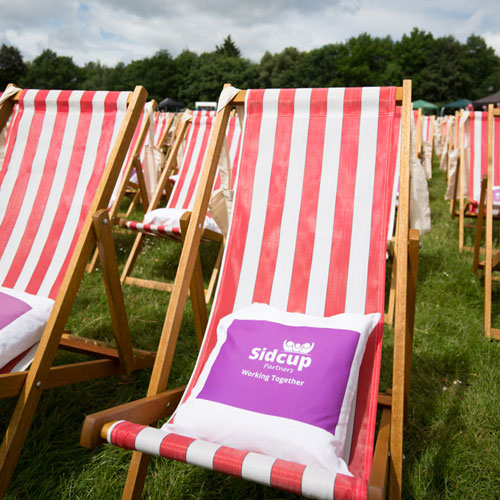